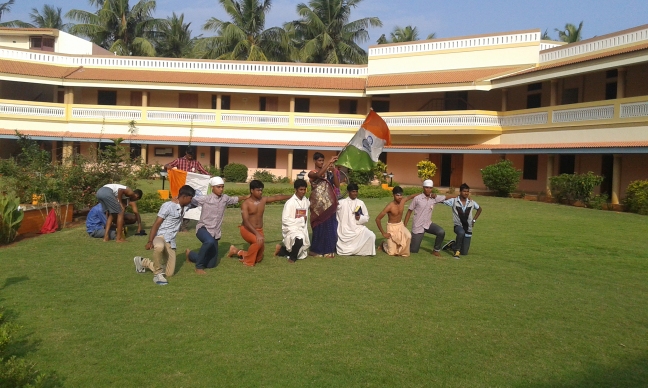 Cuddalore – The Republic Day celebration at St. Joseph’s Seminary was on January 26th. It began with Solemn Mass celebrated by Fr. Paul Francis. Following Mass, the National Flag was hoisted by Fr. John Paul Britto and a competition was conducted between the junior and senior seminarians. The students demonstrated yoga and karate, led a parade, and performed a skit portraying discrimination existing in different forms, in particular against differently-abled persons. A football match was the final event on this joyful day. 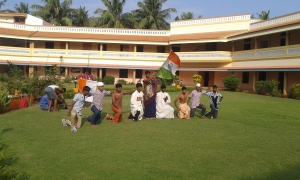