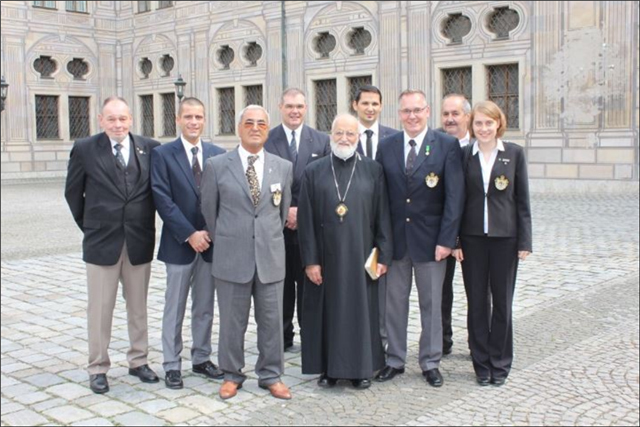 Last month we visited our Sicilian alumni who emigrated to France and Luxembourg. Sigliende and Gerwin, former business associates, hosted us and showed us around Trier, the former capital of the Roman Province of Germania Citerior. We toured the ancient capital and the chapel where the sepulchral linens of  Jesus are preserved.We prayed there for the needs of the Divine Providence Province. In view of opening a Guanellian presence in our district, we hope to create a network of friends and cooperators in neighboring countries; encouraging them to become active Guanellians. We eagerly await a report from the 19th General Chapter confirming that this long awaited dream of a Guanellian Parish in South Germany will come into fruition sometime in 2013.

Another effort in July was a series of cultural conferences on German history and the secular ties between  Germany and Italy presented at a well established Italian club.

This year’s fundraising campaign for projects from many corners of our Province and other Guanellian missions is now underway with the submission of our requests to generous donors at Catholic Relief organizations: Missio, Kinder Mission, Adveniat and Brot für die Welt. After our vacation to Sicily, we will travel around Germany to insure that the projects, which Provincial Treasurer Fr. Joseph has recently

sent to the Procure, receive a thourough evaluation.We are confident that many of them will be approved as they have been since 2009 so that the needs of our beneficiaries in India and the Philippines can be relieved. The presentation of the activities of our confreres in Vietnam has convinced us to start a practical initiative in order to contribute to a stronger presence of the Servants of Charity in this great Nation with great potential and hope for all of Christianity.

A memorable meeting in Munich with His Beatitude Gregorios III, Patriarch of Antioch and Jerusalem, concluded the month. Through his writings and illustrations we came to know the real situation of Christians in his Patriarchate which covers Syria, Iraq, Lebanon, Palestine and Egypt. Patriarch Gregory III is a tireless man who, for more than 35 years, has been able to build many hospitals and centers in those countries with one imperative rule, “the doors of our Christian stuctures are open to all human beings, regardless of their faith!“ Through the  partnership of the Guanellianer-Lazarus Order, we have already started to contact many German hospitals asking for their second hand medical equipment which could be used in his Patriarchate. Our association with shipping agencies and my former local agents may help to transport any collected goods to the seaport of Latakia. In language typical of the oriental people he pointed out one significant aspect of the peaceful co-habitation in that area, narrating how his mother on many occasions nursed the children of sick Muslim women. This anecdote  has taught me that human beings can only survive through love and tolerance, like the Lord who loves us despite our many mistakes.

May our Mother through her glorious Assumption grant us a stronger faith  and deeper love for our neighbors. From cool Germany we wish you all around the Province relaxing and blessed holidays. 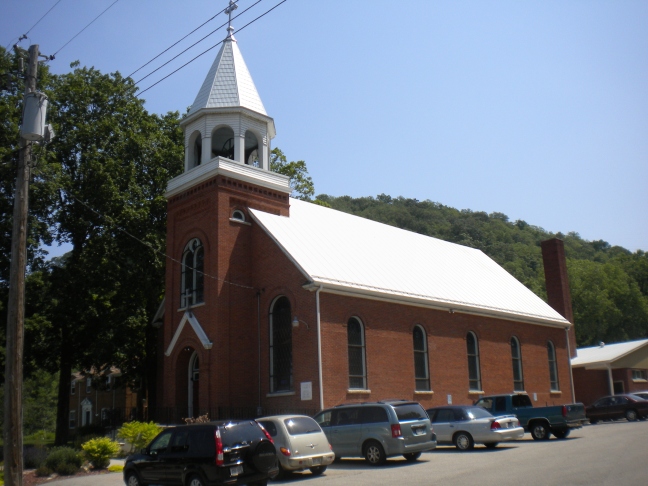 Fulfilling a desire that Fr. Guanella was unable to during his visit to United States in 1912-1913, Fr. Joseph Rinaldo and I travelled  to the diocese of La Crosse, WI on May 24th. We were warmly welcomed by a good number of descendants of immigrants from the birth place of our Founder and his Alpine valley. We had the privilege of celebrating with about 80 people the Eucharist in the church of St. Charles Borromeo in Genoa, a town located on the banks of the Missisipi river where Fr. Guanella wanted to pray with his relatives and friends during his visit to America. He wrote, “At the Chicago rail station I read the train destinations located in Wisconsin and Illinois. Vivid memories of my family and home land rushed into my mind. I recalled my aunt who lived in Genoa and died there at the age of 97 still perfectly healthy. I remembered  my cousin Anthony who was the first benefactor of our institution in Pianello. I remembered my cousins and priests Francis and Augustine Zaboglio. I also recalled Fr. Gabriel Momo who, when in his thirties, I was able to send Genoa as its first pastor through the help of St. John Bosco. Because of lack of time I was unable to visit my relatives there and pray at their tombs…”

How blessed we felt when after 100 years, we were able to fulfill the dream of the founder. After mass in Genoa that this year recalls the 150th anniversary of the first Eucharist celebrated in their mission post, we enjoyed a short play prepared by the school children of the local parish and a simple lunch offered by the local people. It was particularly touching to walk through the nearby  cemetry and pray over the tombs of migrants from the mountains of our Saint. Our visit to Wisconsin also gave us the opportunity to meet the family of a distant relative of St. Guanella who will be ordained deacon this year in Rome. A bridge of friendship has been built between the Guanellian communities in US and the families in the La Crosse Diocese. Divine Providence will certainly suggest how to strengthen this network of frienship and solidarity in the spirit and memory of St. Louis Guanella. 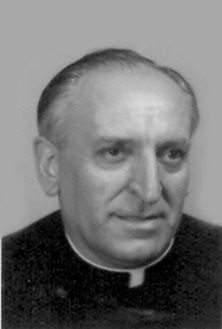 The Servants of Charity congregation has reported the passing of Rev. Fr. Luigi Frangi, SdC. today in his nativeItaly. Fr. Frangi was born on March 30, 1924, and as a part of his religious vocation of serving persons with intellectual and developmental disabilities, was sent to theUnited States in 1959 where he worked at the Don Guanella School in Springfield, PA. until 1968. He was then transferred to St. Louis Center in Chelsea, MI, where he served as theSuperiorand Treasurer of the local community until 1982 when he returned to Italy.

While in theUnited States, Fr. Frangi was a member of the Knights of Columbus, and was recently recognized for his 30 years of service by St. Louis Guanella Council #3092 in Chelsea, MI. He also said Mass at many local parishes in Washtenaw County, and was particularly fond of St. Mary of the Assumption Parish in Manchester, MI.

According to Fr. Joseph Rinaldo, SdC., “Fr. Luigi was a gentle and hardworking man, who could be seen constantly in prayer, and always saying the rosary.” After returning toItaly, Fr. Frangi ran the Shrine of Our Lady of Turino for several years, became chaplain to the Daughters of St. Mary of Providence in Lake Como, and lived at the retirement home in Nuova Olonio, Italy until recently being transferred to the hospice center in Caidate, Italy where he finally met the Lord.

Eternal rest grant unto him O, Lord…and let perpetual light shine upon him.

We rejoice and give thanks to the Lord for the recent perpetual profession and diaconate ordinations of our confreres Bakthis and Amalor in Rome April 21-22. Our province feels enriched and blessed by this addition of new servants in the field of the Guanellian ministry inserted in the Church mission toward New Evangelization. To our confreres our prayerful wishes to faithfully and joyfully live their vocations remembering that our title is Servants and our motto is “In omnibus caritas.”